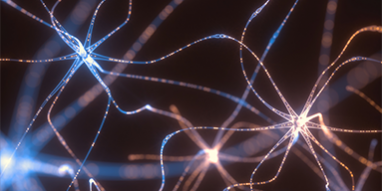 Every profession comes with its own set of confusing jargon and list of acronyms that sound like another language to the untrained ear. This language barrier can be a detriment to the proper understanding and appreciation of various trades and makes certain processes appear more confusing than they really are. Electrical concepts, for instance, are an extremely technical and difficult animal to comprehend. However, when you cut down the jargon and understand the basics of what is involved, this beast is far less intimidating. We have provided a working list of electrical concepts that will help you understand how your homes most powerful asset actually works!

Volts: Volts are a numerical descriptor of the electrical currents force that is flowing through your home. This can be understood to be similar to water flowing through a hose, with volts representing the pressure at which the water flows.

Watt: Watts represent the actual working capacity of the measured electricity, which equates to the multiplication of volts and amps.

Current: The electrical current is the measurement of electrical movement along a conductor, such as the circuit wiring of your house. This is measured by amps, as previously explained.

Circuit: An electrical circuit is the looping design of an electric system which sends electricity through your house, whilst simultaneously returning it on an infinite loop. If this continuous feature of a circuit is impeded or broken the entire flow of electricity is interrupted.

Electron: An electron is the miniscule particle that rotates around the nucleus of an atom and has a negative charge of electricity.

Active wire/live wire: This wire is directly connected to the mains power supply and is essentially the distributing conductor of electricity with the return occurring through the neutral.

Neutral wire: This wire is used to return electricity to the source, allowing for the looping feature of the circuit.

Ground/earth:  This electrical term represents the electrical path of electricity which is usually used to redirect a current fault away from the circuit.

Conduit: Conduit is the name given to the plastic tubular casing that wires are concealed within.