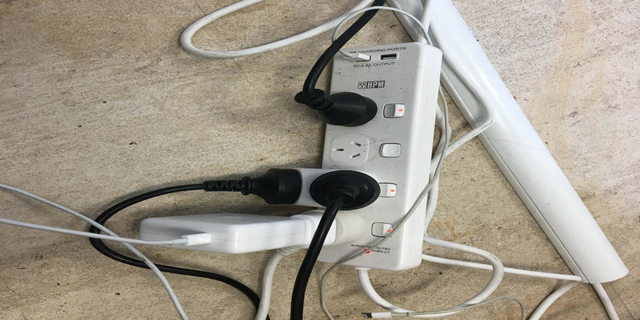 What is a power surge?

Essentially, a power surge occurs when the electrical system is inundated with a sudden increase in the power supplied to your home. Although many people only associate power surges with major electrical fluctuations and lightning strikes, these damaging occurrences are quite common. In actuality, power surges occur frequently and are often experienced on a far smaller scale than expected. While these electrical fluctuations last only nanoseconds, over time the repeated surges can have a serious impact on your household appliances.

However, largescale power surges are also a common occurrence, and are capable of frying thousands of dollars’ worth of electrical appliances in an instant. Beyond the extremely unfortunate event of a lightning strike, power surges can be a result of the infrequent use of equipment that draw large amounts of energy, such as air conditioners.

What can you do to prevent power surges damaging your appliances?

So how do you protect your beloved household appliances, that we all rely on so heavily, from unexpected power surges? The most common preventative measure to protect your home is installing a device aptly known as a ‘surge protector’ – of course.

Surge protectors can be installed into an electrical outlet or directly into the meter box depending on the level of protection you would like. Utilising both of these protective measures is recommended for optimal protection and peace of mind. This two-tiered system ensures that the both the household wiring, and individual outlets connected to your appliances are doubly safeguarded from damaging fluctuations.

How do Surge protectors work?

Surge protectors are also known as surge suppressors because of the way in which they limit the oversupply of electricity directed through your home. They generally function by either blocking the supply of energy, or diverting the energy to ground. The average surge protector can safeguard against 6000 volts as compared with a more advanced variety which can ground up to 20,000 volts. While extreme cases of power surges, as occurs during a lightning strike, can potentially still be very damaging, the safety of your home is greatly increased by using this simple product. Because surge protectors stop the frequent oversupply of power to your appliances, that slowly deteriorate them, the protective devices are also responsible for extending the life of your household goods.

Before You Renovate! Top Safety Tips for any DIY Professional
July 5, 2018

Why are Circuit Breakers so Important?
July 5, 2018
Go to Top