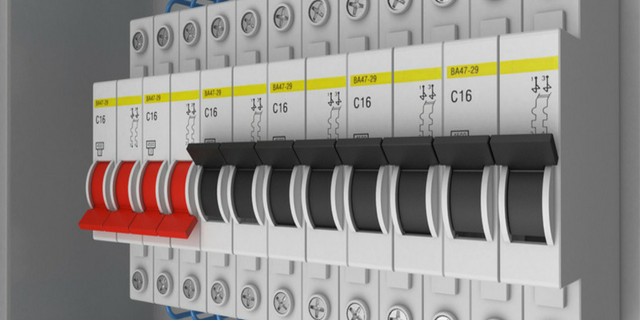 Why are Circuit Breakers so Important?

An electrical circuit is the quintessential basis of all electrical movement and flow in your home. Distributed from the power grid, electricity flows from a power plant directly into your home where the electrical charge is then funnelled into a large circuit.

This circuit is an unbroken loop of either copper or aluminum based wiring that allows electrons to uniformly and continuously flow around your home. For the electricity to flow through your home and bring your various appliances to life, there must be a path provided which loops and returns the electricity back to the generator.  At the beginning of the circuit you have what is known as the ‘active wire’ which leads directly to the power plant and carries electricity from the generator, and on the other end you have what is called a neutral wire, which leads to the ‘ground’ and returns electricity to the generator.

Considering the volatile nature of electricity, and the danger that it can pose on your property and health, safeguards are required throughout the circuit that prevent overloading and overheating. These essential electrical safety devices are known as circuit breakers. Basically, if an overload occurs within your home circuit, due to an increased demand for electricity, the circuit breaker or ‘fuse box’ is automatically triggered.

Although surpassed by the circuit breaker, fuses are still found in many circuits and offer a line of defence against electrical overloads. When the circuit is operating effectively the fuse is an integral component of the electrical circuit and must be maintained for electricity to effectively flow. However, the fuse is designed to disintegrate when it heats up to a certain level, breaking the circuit and stopping the overflow of electricity before it damages your home. While this is an effective safety method, fuses are only able to be used once and must be replaced whenever they are put to work.

Circuit breakers on the other hand are able to be called upon numerous times when the current reaches dangerous levels. Circuit breakers incorporate a electromagnetic switch design which is triggered when the current increases to a volatile level. When an overload occurs, the increased current boosts the magnetic force of the switch and causes it to pull down the metal lever on the switch and cease to the flow of electricity to the house.

Before You Renovate! Top Safety Tips for any DIY Professional
July 5, 2018

Protecting Your Home From A Power Surge
July 5, 2018